Set back to EDF in Mexico! The Zapotec community of Unión Hidalgo and ProDESC achieve the definitive cancellation of the wind park megaproject “Gunaa Sicarú”

Set back to EDF in Mexico! The Zapotec community of Unión Hidalgo and ProDESC achieve the definitive cancellation of the wind park megaproject “Gunaa Sicarú” 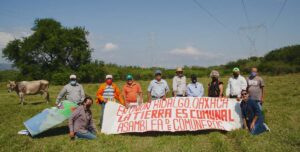 June 2nd, 2022 / Mexico City. On Thursday, and after 5 long years defending their rights to land, territory and natural resources, the Zapotec community of Unión Hidalgo, alongside the Economic, Social and Cultural Rights Project (ProDESC) announced that the Federal Commission of Electricity had definitively cancelled the energy supply contracts with French corporation EDF. With this, the wind park megaproject “Gunaa Sicarú” has been definitively cancelled.

The decision was announced early this day at Oaxaca’s First District Court, where ProDESC has carried out a litigation regarding the wind park. Related to this litigation, SENER informed about CFE’s decision to cancel the energy supply contracts with EDF, as well as the corresponding electrical inter-connection contract.

These cancellations show, according to SENER, that the wind park “Gunaa Sicarú” is technically unfeasible “since this [wind park] is directly linked to the cancelled contracts”.

After this, SENER informed that the indigenous consultation process in Unión Hidalgo has no legal reason to exist because, if the project is cancelled, then there is nothing to consult to the community. Therefore, SENER asked the First District Court to close the case.

With this, the defense carried out by the community of Unión Hidalgo and ProDESC, which led to the cancellation of the wind park “Gunaa Sicarú,” becomes a milestone in the defense of land, territory and natural resources for agrarian and indigenous communities and also a clear example on how business accountability not only in Mexico, but in Latin America, can be achived. 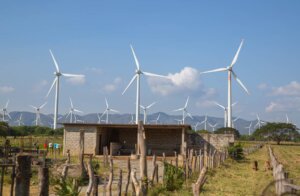 “Gunaa Sicarú” was a wind park project that would have been illegally build in communal lands, and it would have had 115 wind turbines with a total energy capacity of 300 MW. This would have made “Gunaa Sicarú” one of the biggest wind parks in Latin America. The project also considered the construction of an electricity sub-station, a 230 Kw electrical transmission line, and internal roads within 79 hectares belonging to Unión Hidalgo, a small municipality in the Mexican State of Oaxaca.

In 2017, the French corporation EDF pretended to start with the construction of this megaproject to sell energy to CFE. Since then, ProDESC and the indigenous community Unión Hidalgo started to defend their land and territory due to serious violations of human rights committed against the community; do to flaws in the detection and identification of risks and to lack of security measures in the development of the wind park.

During the defense process, it was detected that EDF had signed contracts and agreements, had developed parallel communication and information channels, and had contributed to the rupture of Unión Hidalgo’s social fabric. This irrevocably affected the indigenous consultation carried out by the Mexican authorities. 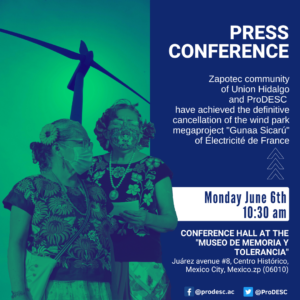 In October 2020, the community of Unión Hidalgo, ProDESC, and the European Center for Constitutional and Human Rights (ECCHR) filed a transnational litigation in French civil courts which has led to other milestones: the French judge found that EDF’s headquarters would be set to trial, instead of its subsidiaries, and the judge ruled that civil courts had the legal competence to hear this case. This is the first case of its kind led by an indigenous community located in the Americas.

To provide further details on the case and next steps, ProDESC is inviting the media to attend a press conference that will be held on Monday, June 6th at 11 am, Mexico City at the conference hall at the “Museo de Memoria y Tolerancia”. Human rights defenders from the community of Unión Hidalgo and ProDESC will participate.